A pulsed-power system using a parallel plate capacitor bank (PPCB) is a platform where a high current (135 kA in current design and is extendable in the future) and thus plasma in High Energy Density Plasma (HEDP) regime can be generated. Most of our experiments will be conducted on this system. Laboratory astrophysics/space science will be studied on the system. It is to reproduce temporal and spatial scaled astrophysical/space systems in laboratories so that simulation codes or theoretical models in space science can be verified experimentally with controlled and measurable parameters. On the other hand, spatially coherent broadband hard x ray up to 50 keV, or soft x ray (lower than 1 keV), extreme ultraviolet (EUV) radiation, or soft x-ray/EUV laser can be generated either using x pinches, gas-puff z pinches, or capillary z pinches. The unique light source has enormous applications in medical, material science research, and semiconductor fabrication such as phase-contrast x-ray radiography, x-ray (tomographic) microscopy, EUV lithography, etc.
The system is designed to operate at 80 kV. However, it is now operated at 20 kV and the voltage will be rise to 50 kV after. The pulsed-power system we built is shown in the figures below. The PPCB consists of twenty 1 uF capacitors, two rail-gap switches, two parallel plate transmission lines, one coaxial transmission line, and a cylindrical vacuum chamber orientated vertically. Two capacitors are first connected in series forming a brick. Ten bricks are connected in parallel as a capacitor bank and charged up to 50 kV. In other words, each capacitor is only charged to ~25 kV for safety consideration. The capacitor bank is separated into two groups called two wings, i.e., five bricks in each wing, located on two opposite sides of the chamber. Parallel plate transmission lines are used to conduct current from each wing of the capacitor bank to the bottom of the cylindrical vacuum chamber where the high voltage feedthrough locates. The system inductance from the discharge test is 205±4 nH. The total capacitance and the stored energy of the system are 5 uF and 6.25 kJ, respectively. The rise time and the output current are ~1.6 us and 135 kA, respectively. All system parameters are listed in the table below. The system has been assembled as shown in the figure below. Although the system will be fully functional at ~50 kV in the near future, it will be charged to only 20 kV delivering a current of 135±1 kA with a rise time of  1592±3 ns. The system has been built by the end of 2019 and is ready for conducting experiments. 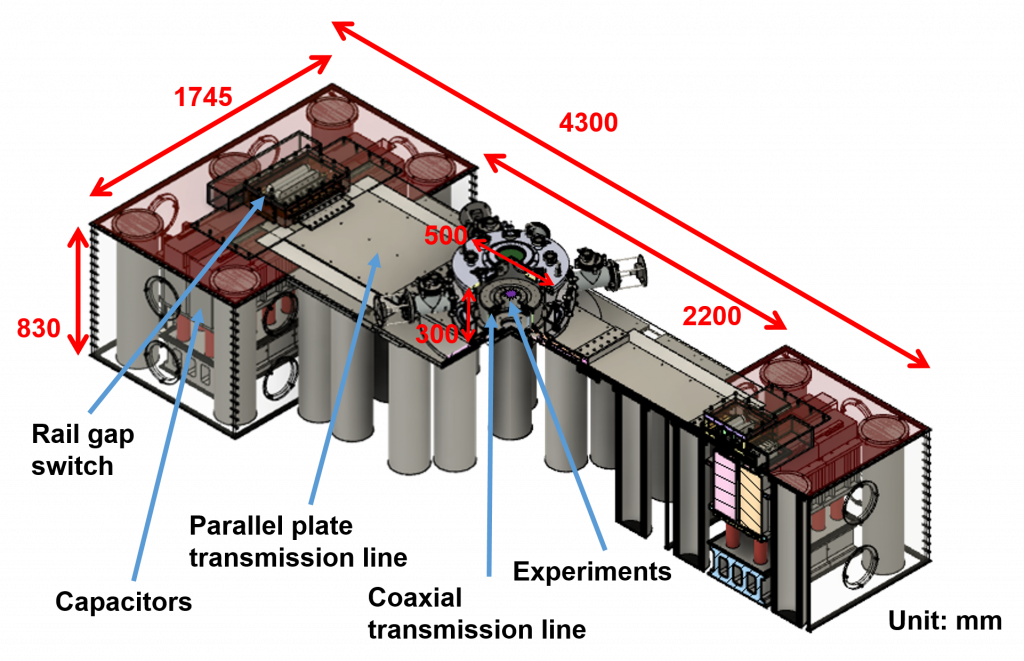 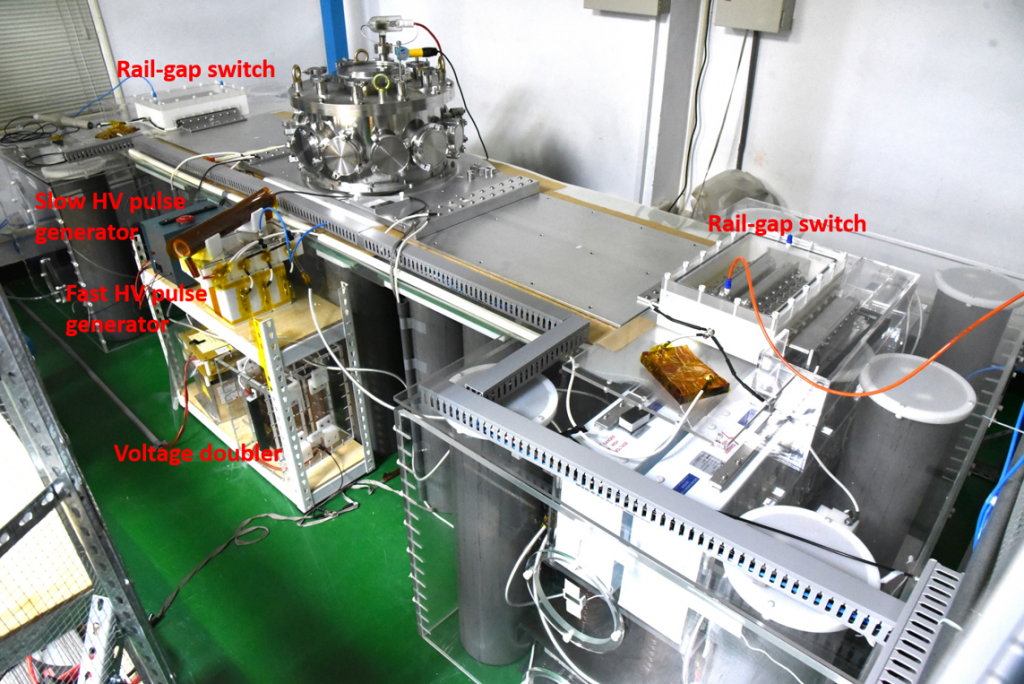 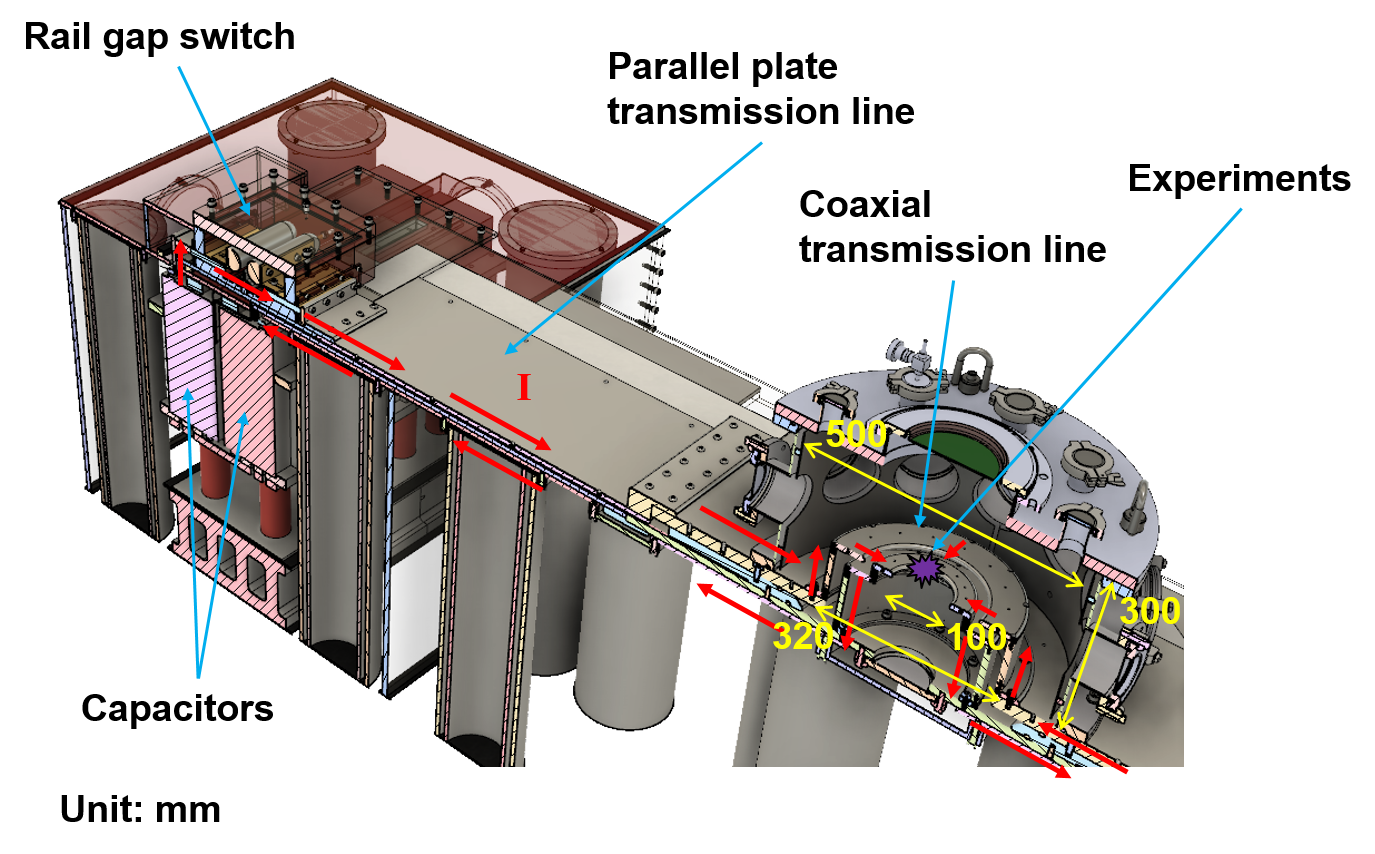 The short-term goals of using this platform are (1) to generate soft x-rays point sources using gas-puff z pinches or soft x-ray lasers using capillary gas discharges and (2) to study the interactions between plasma flows, generated from the platform, and unmagnetized-metal obstacles surrounded by plasma to simulate the Martian bow shocks.

The lab space will be arranged as shown in the following figures. The whole system will be placed in a Faraday cage. The cage will shield the EMP as well as the x ray with energy up to 50 keV generated by the system. An optical table is right next to the Faraday cage. It will be used for laser probing such as interferometer or Thomson scattering in the near future. The rest of the lab space will be used for preparing experiments or small testing experiments. 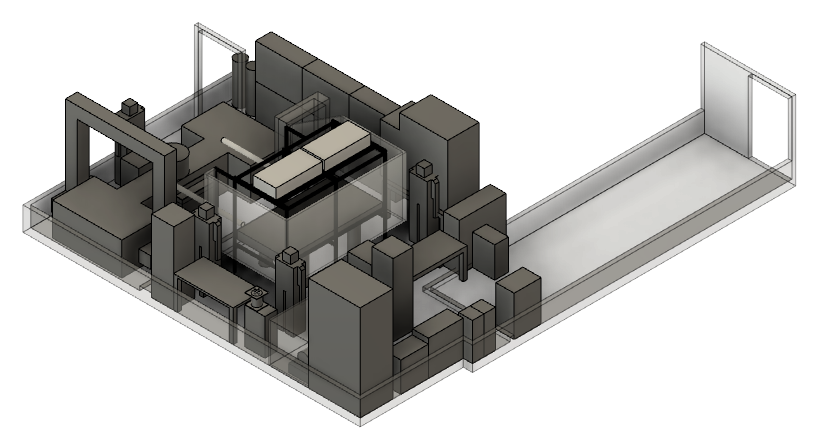 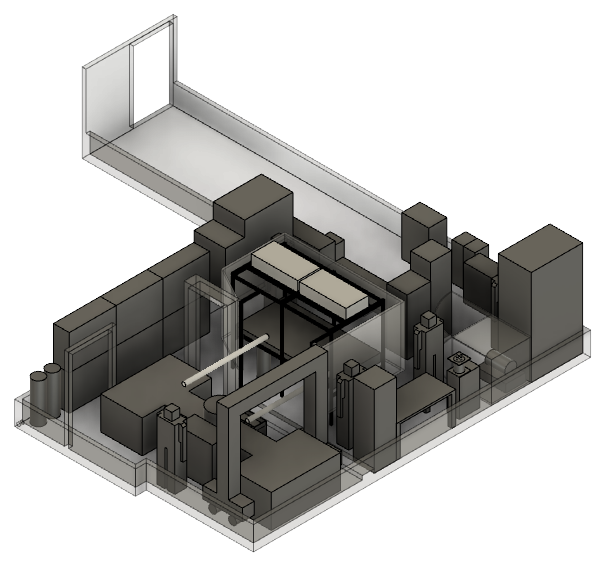 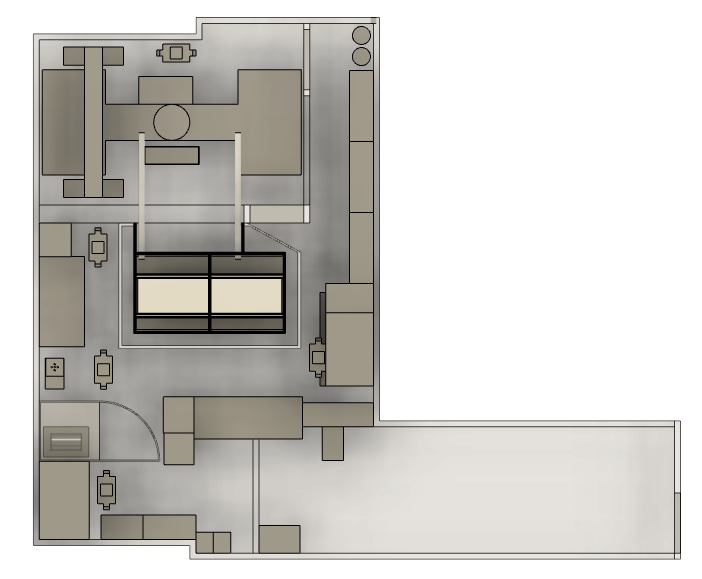